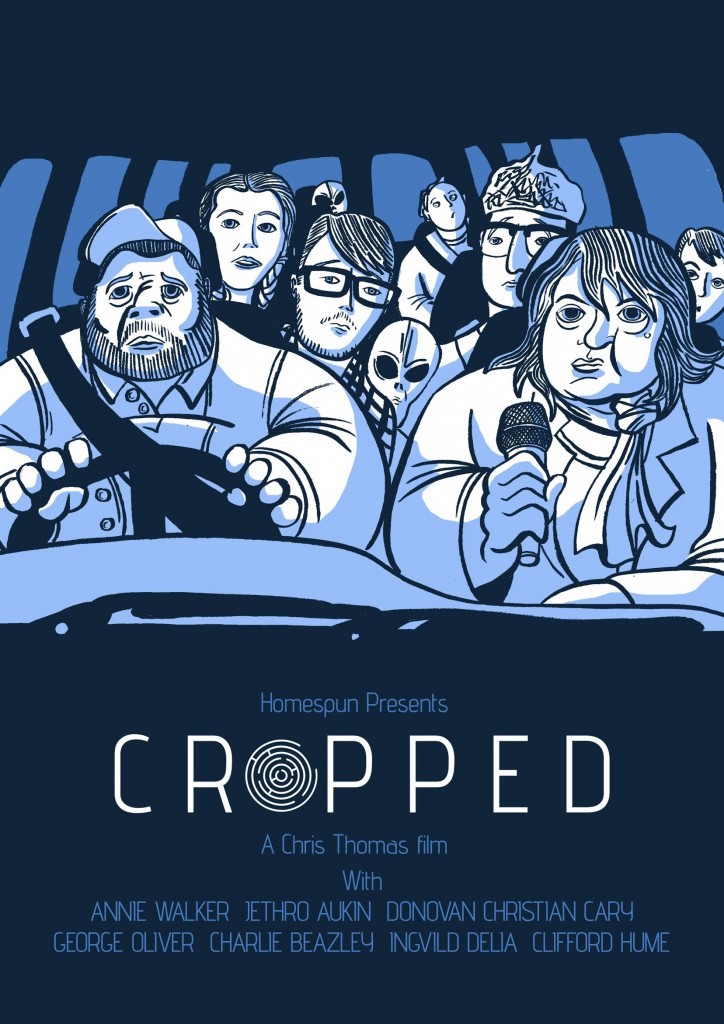 ‘CROPPED’ tells the story of a group of UFO enthusiasts on the hunt for proof of extraterrestrial existence at the site of one of rural Britain’s mysterious crop circles.  As events unfold and night falls, the group are forced to set their differences aside when the mystery of the crop circles is revealed.

The film has been selected for a Vimeo Staff Pick which reached out to thousands across the globe.

Here’s a flavour of some of the online reviews:

This clever short film reveals the “truth” about crop circles and it’s brilliant.

The overall feel of the short is impressive for something this small. Really Enjoyable!

The enjoyable characters along with the simple plot combined with good technical filmmaking produces Cropped as an extremely pleasurable watch for anyone who enjoys the comical side of looking for UFO’s, aliens or the mysteries of crop circles.

Along with the festivals it has also been shown at prestigious Sci-Fi conventions, including Novacon, Octocon, Eurocon and the UK Natl.

If you haven’t watched it already, you can watch it here!
We hope’ll you enjoy it as much as we did!

← Previous: Lise narrates 'THE GIRL BEFORE' Next: Introducing: Lory Simonetti →