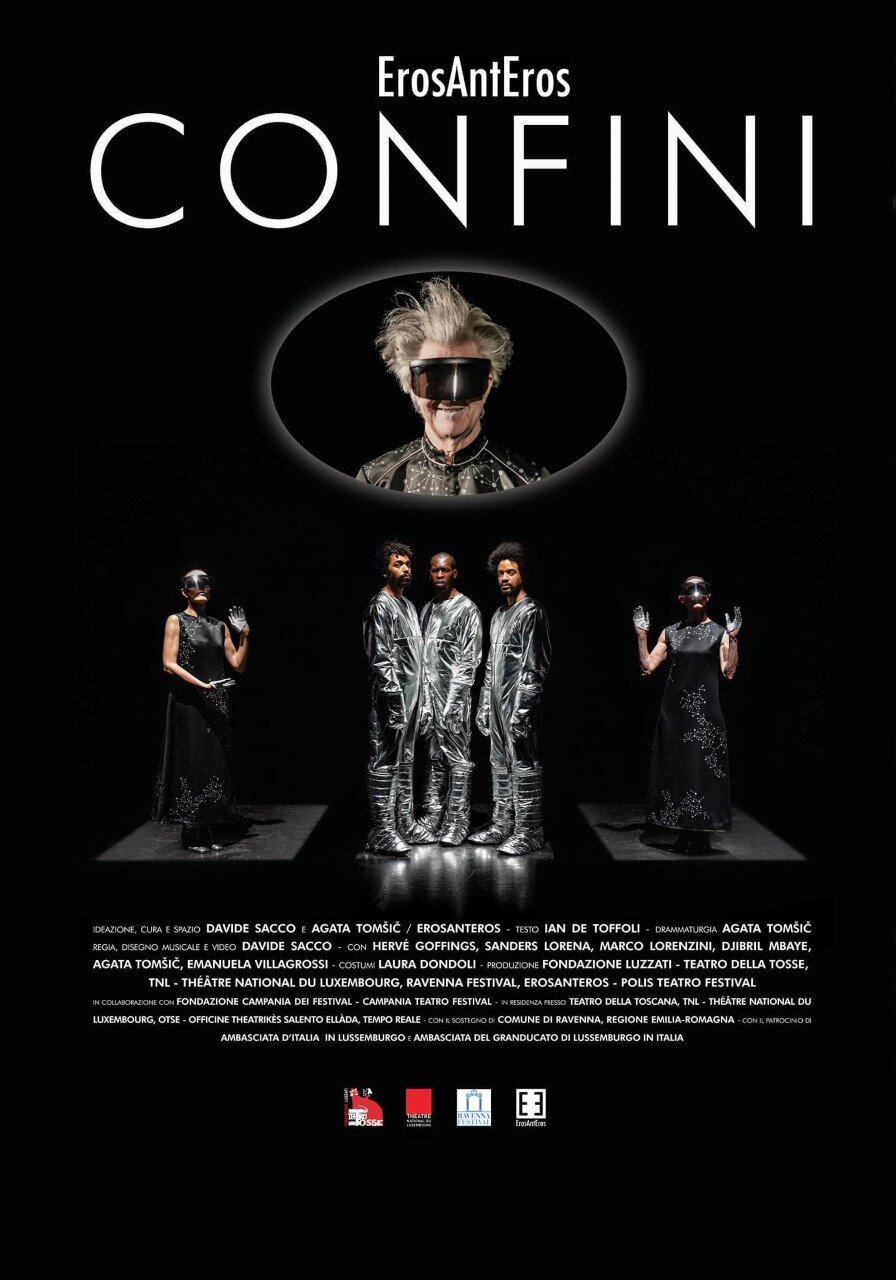 We are delighted to announce that Hervé Goffings is part of an Italian and Luxembourgish theatre production called ‘CONFINI’ (‘BORDERS’).

The world premiere of the play will be on the 3rd of July at Campania Teatro festival in Naples and will go on an international tour during 2021/2022.

Hervé is very grateful and happy to be back on stage!

In this fantastic future, the global political systems and the European Union will end up collapsing. Only the space agency will decide to save a handful of women and men, obviously the wealthiest, by taking them aboard a spacecraft to a new planet, where humanity will establish a new civilization.

The show is in many languages: Italian, French, English, German and Luxembourgish.

Wishing you all the best Hervé!!!