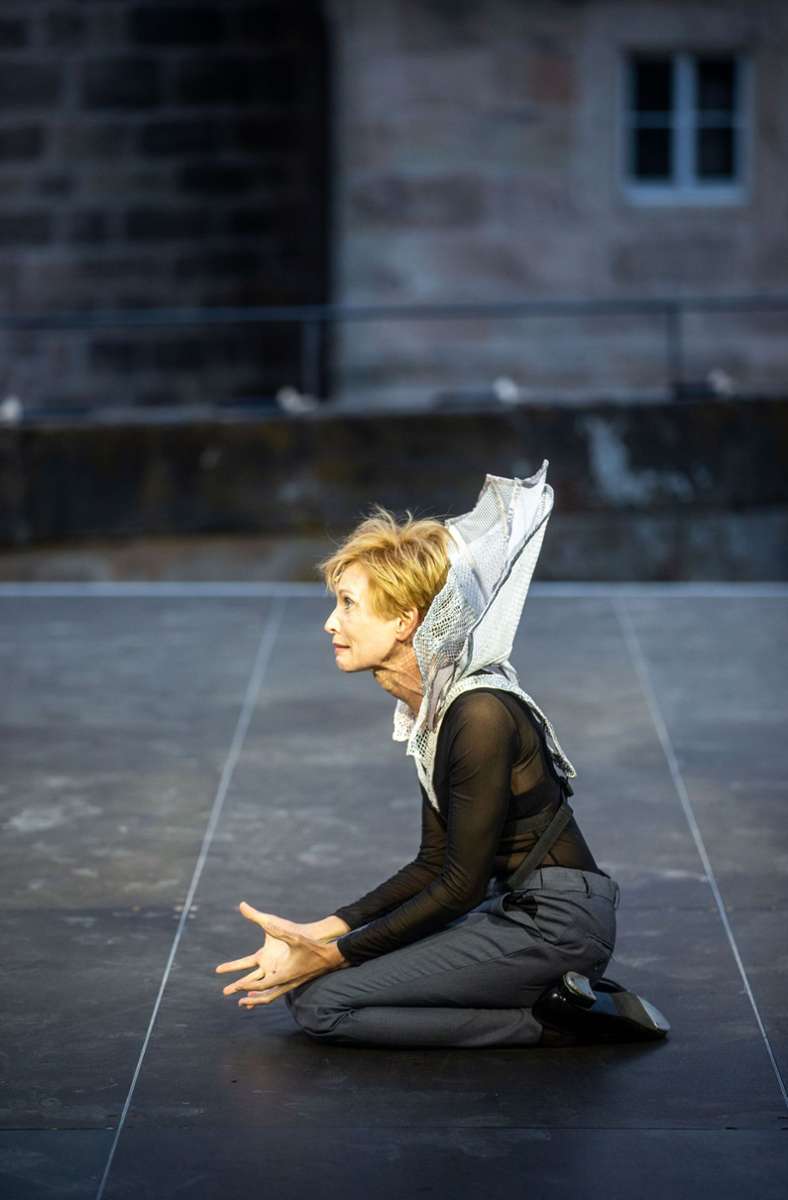 We are soooooooo proud of our extra-ordinary client Sabine Rossbach!

Here are some beautiful (and translated!) extracts from the ‘MARIA STUART’ reviews!

…
Centre stage take Sabine Rossbach (“Maria Stuart”) and Katja Klemt (“Elizabeth I”). Only immediately before the show begins do they learn the audience’s choice, that is who is playing Elizabeth I and who Maria Stuart that night.

Elizabeth I and Maria, this is like two sides of a coin. Sabine Rossbach and Katja Klemt have carved out two strong, self-confident characters, whose pride is in the way to a solution of the conflict.

They deliver brilliant performances in both the strong and the more vulnerable, emotional moments – a veritable theatre firework.
…

…
Confronted with her nation’s demands, “Elizabeth I” (Sabine Rossbach) is facing, on this rehearsal day still empty, grandstand and an imaginary audience.

In front of the magnificent scenery of Fortress Rosenberg, she incorporates the double-minded monarch, who fears for her position, with tremendous stage presence.

If and in how many festival shows she’ll eventually be acting the protestant, celibate Queen or whose adversary, the extroverted Queen of Scots – neither she nor her pendant Katja Klemt know at this point.
…

Everything is there, whereas director Anja Dechant-Sundby is drawing a magnificent arc of suspense.
She offers a pleasantly reduced stage setting and focuses on the impact of the words and the power of the act.
…